Please be advised the running session scheduled for Wednesday January 30th at the Tan has been cancelled due to high temperatures! (VAFA Umpiring Department note attached).

Looking forward to seeing all new & returning members at Elsternwick Park on Monday February 4 & Wednesday February 6 to kick off another big season. Congratulations to Daniel Simons and his wife Steph on the birth of their daughter Avery Rachel on the 28th of December! All three are doing well, and it was great to see Daniel at our first training session of the year. He’s looking forward to father/daughter matches already!

Avery joins an illustrious list of umpiring offspring in what has been a busy offseason, where we welcomed Jacob John Silfo, Harper Paige Nicholson and Grace Lily Damen. In the Field, Tony Hales continues as the Premier Squad coach, and Guy Hexter remains in charge of the Development Squad. The Senior Squad (catering for most umpires of Senior football outside of the Premier group) will be led by new recruit Peter Marshall.

Peter joins the VAFA with a wealth of umpiring and coaching experience. As an umpire he officiated at the highest level, and as an administrator has acted as the Director of Umpiring at both the Southern Football Netball League and Southern Umpires Association (MPNFL). He also serves as a match-day observer for the VFL.

Peter will be well supported by Senior Assistants Mark Gibson and Peter James – both highly credentialed umpires and coaches in their own right.

On the Boundary, Ryan O’Shea continues in his role as Senior Boundary coach, with Asha Hinton continuing in her role as Senior Assistant coach. To further develop our boundary ranks, we are privileged to welcome Andrew Leggo, joining Jack Punshon as development coaches. Andrew is fresh from the VFL, having officiated over 100 VFL Senior matches, and will bring this experience to the development of our up and coming umpires.

In the Goals it is ‘business as usual’, with Bernie Jephson returning as Senior coach, supported by Development coaches Shane Herbert and Charlie May

Umpires can expect to have a much closer interaction with their squad coach in 2019 under the new structure, with more to be revealed as the pre-season gets underway. These coaches are here to help you, and we encourage you to get down to training and use the coaching resources provided to help develop and improve your umpiring performances.

We are extremely lucky to have coaches of this calibre supporting our umpires throughout all disciplines and divisions. We have long claimed that we have the best coaches in the umpiring world, and the addition of Peter and Andrew will ensure this quality of training is available to all umpires within the group.

For more, you can read Haydn’s article here. It is that time of the year again! Dust off the runners, find the training shirt, and get down to pre-season training to catch up with old friends and get ready for the 2019 season.

Training kicks off at Chelsworth Park in East Ivanhoe on the 23rd of January, a session at the Tan on the 30th, and back at Elsternwick Park on Monday and Wednesday evenings from the 4th of Feb. These early sessions are predominantly running sessions, with coaching resuming later in the pre-season.

New umpires are more than welcome to join us! We look forward to seeing everyone throughout the pre-season. 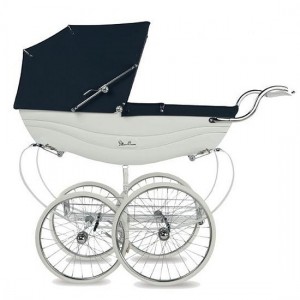